Chinese kungfu (or martial arts) which gains great popularity all over the world, is an integral part of traditional Chinese culture with a long history. In spite of being a series of fighting techniques, Chinese kungfu stands as a great representative of morality and peace, not hostility or violence. This traditional heritage plays an important role in building the body, developing good manners, appreciating aesthetic, cultivating virtue as well as spirit. A lot of styles such as Shaolin, Tai Chi, and Qigong appeal to a great number of followers of different ages and nationalities worldwide because of their distinctness and charisma.

The History of Chinese Kungfu

Being an ancient sport popular in China, Kungfu has a very long history, during which a variety of skills were created and significantly improved. Let’s go back to thousands of years in history. The martial arts in China originated from hunting and protection against enemies in the primitive society. Initially, it only consisted of some basic skills such as cleaving, chopping, and stabbing. From the Xia Dynasty (17th century BC) to the Shang and Zhou Dynasties (17th century BC – 256 BC), the system of Kung Fu was formed and well developed to be more practical to train soldiers in order to better serve battles and strengthen the standard morale of the army. It reached its peak during the Ming and Qing Dynasties (1368 – 1911). Upheld by martial artists from generation to generation, Chinese Kungfu still keeps its original function of self-defense with boxing styles, weapon skills, movement sets, and fighting stunts. When practicing martial arts, people have to combine movement, breath, and mind. Nowadays, this traditional heritage still has its unique existence in modern times when considered as a healthy way to keep fit, build body, and entertain. 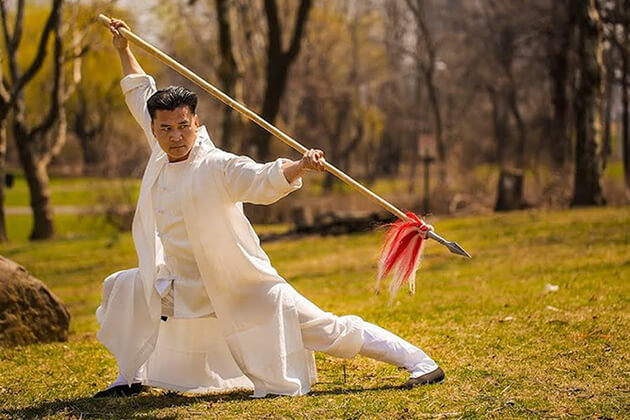 Having developed over the past two thousand years, Kungfu has become a large system containing hundreds of distinctive styles with various techniques and ideas. There are numerous classifications such as geographical styles, historical styles, religion styles, external styles, internal styles, etc. Additional details about the location such as province or city identify geographical styles. Religious styles relate to three great religions of Taoism, Buddhism, and Islam. External and internal classifications concern the training focus of a particular style. The historical aspect can also be used as a classification.
Listed below are the most famous and influential schools in China:

Originated from the Shaolin Temple on Mount Songshan, Dengfeng County, Henan Province, Shaolin Kungfu is regarded as the most outstanding style in China. Based on Buddhist philosophy and Taoist principles, it is represented by physical exercise and mental training. Shaolin Kungfu is very extensive. It consists of 36 external exercises and 36 internal exercises. Some basic skills of this kind of kungfu like tumbling, jumping, rolling are attracting more and more westerners to learn. It is recorded as Shaolin Kungfu has more than a thousand kinds of sub-styles. This huge number makes Shaolin become the biggest school of kungfu. Every year, people from more than 30 countries and regions all over the world have come to the Shaolin Temple in China for training Kungfu. Its great influence among martial arts is mentioned in the Chinese popular saying: “Shaolin Kungfu is the best under heaven”. 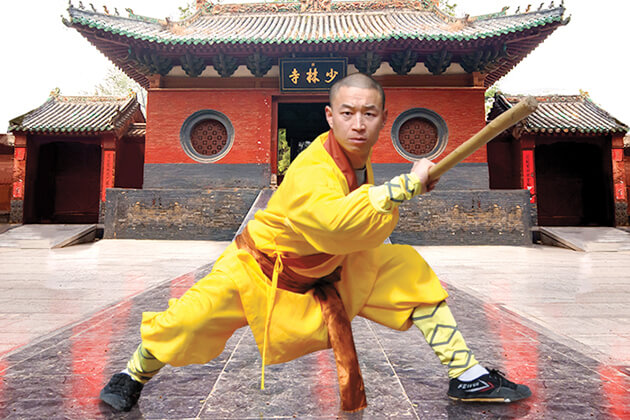 While Shaolin has many martial art styles, Wudang only focuses on a few arts which control the waist and body by the focused mind. Developed under the guidance of Taoist theories during the Ming Dynasty, Wudang Kungfu originated in Wudang Mountain, Hubei Province. Being one of the most typical representatives of traditional Chinese Kung Fu, Wudang is characterized by softness and harmony. Some essentials of Wudang are T’ai Chi Ch’uan, Form / Intention Boxing (Xingyiquan), Eight-Diagram Palm (Baguazhang). Along with self-defense, Wudang is practiced for preserving health, prolonging the lifespan, preventing diseases as well as developing wisdom. It relaxes muscles and joints, stimulates blood circulation, and nourishes physical organs in the body. Nowadays, its great value to fitness and body-building are the basic principles making it become popular among people of different ages and nationalities in the world.

Tai chi Quan, which is characterized by its breathing techniques, is one of the most effective exercises for health of mind, spirit, and body. Having a history of several hundred years, it has been a popular martial arts style and practiced widely by a great number of followers throughout the world. The term “Tai Chi Quan” translates to a supreme ultimate fist or boundless fist. Tai Chi Quan integrates Yin-yang theory and other ideas to create a set of martial art embracing the mind, releasing stress, generating internal energy as well as cultivating air smoothly throughout the body. There are many styles and forms of Tai Chi Quan, but all styles share the same principles include the integration of mind and body; control of movements and breathing through slow movement. 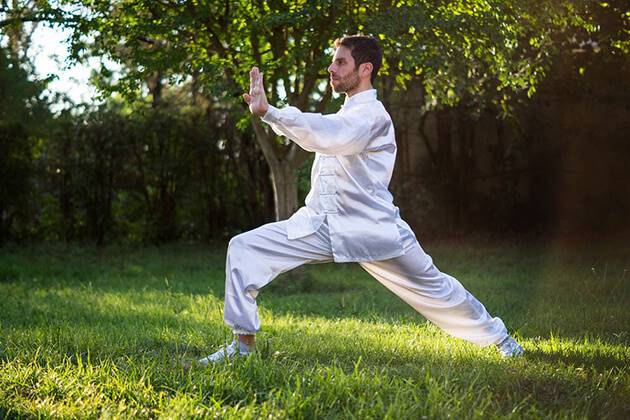 Recently, Kungfu, the most popular national sport in the most populous country, has been followed by many people all around the world. Many Kungfu training centers/ clubs have been formed. Followers must have a strong will, comply with strict discipline. The first step of learning Kungfu is mastering basic skills of arms, legs, shoulders. Regardless of rain or snow, beginners must practice every day. But when practicing, injuries are likely to occur. Some kinds of Kungfu, such as iron head Kungfu and iron arm Kungfu, easily cause damage to the beginners’ bones and muscles. There are a lot of sects to learn such as boxing, kicking and weapon skills that followers can choose to learn specifically. 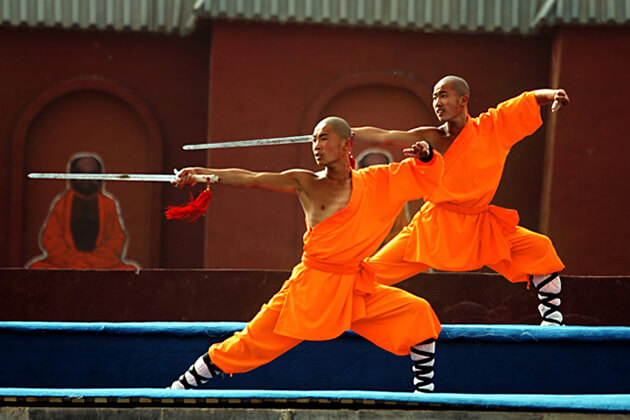 Since the 1970s, Kungfu movies have been passionately followed by millions of fans all over the world. Some amazing and charming film works like the Fists of Fury, Way of the Dragon, Shaolin Temple, Crouching Tiger, and Hidden Dragon, Hero, etc. They are adapted from a lot of well-known Wuxia works of notable writers such as Jin Yong, Liang Yusheng and Gu Long. Up to now, foreigners have got acquainted with Chinese kungfu through outstanding movie stars include Bruce Lee, Jet Li as well as Jackie Chan. Especially, Bruce Lee (1940 – 1973) – the ‘King of Martial Arts’, made Chinese Kungfu famous throughout the world by his extraordinary skills. Being the founder of Jeet Kune Do, he was a great master who was the most well-known Kungfu movie star. As a result, more and more foreigners are traveling to China or taking a China tour to learn and promote kungfu.