The Spring Festival is the top important holiday therefore Chinese people believe that people have to strictly obey the Taboos and Superstitions. They suppose that what we do at the start of a new year associate with our luck in the coming year. There are a set of New Year’s superstitions and taboos during the Chinese New Year, no matter you are local or tourists enjoying China local tour.
Have a look at the top 15 things you should not do for a peaceful new year. Some of the taboos are for the first day of the Chinese New Year while some of them are for the whole New Year Festival season.

It is a traditional conception that a person to brew herbal medicine or take medicine on the beginning day of the lunar year is a taboo; otherwise, it is believed they may get ill for the entire year. Thus, people try not to take medicine during the Spring Festival. In some regions, after the bell signing the New Year at midnight New Year’s Day, the sick people often break their medicine pots with the belief that the illness will be driven away in the coming year. However, if you get any injury or catch a sudden serious disease, immediate health treatment should come first.

Sweeping these days is associated with wiping out the wealth of the family in the whole year. Maybe it is ridiculous but taking out garbage symbolizes taking good luck or good fortune from the house. Cleaning activities should be already before the Spring Festival.
If you must, make sure to start at the outer edge of a room and sweep inwards. Bagging up garbage and throwing it away can only be done after the 5th day. 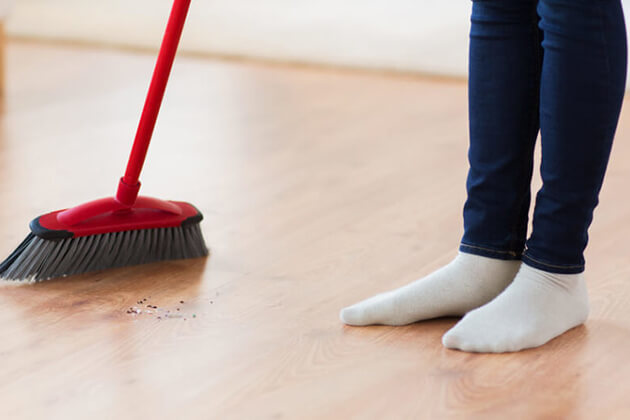 3. Avoid Porridge and Meat as Breakfast

In the past, porridge reflects a down and out life when it is considered that only the poor people have porridge for breakfast, and people want to avoid to start the year of poverty. Therefore, people usually eat dumplings as the first meal of the New Year.

Chinese people believe that the first two days are the birthday of Shuishen or the Water God. Because of this people do not wash clothes or hair these days. In the Chinese language, hair has the same pronunciation as ‘ become wealthy’. Therefore, if we do the action of washing we unintentionally “wash one’s fortune away” at this time of the New Year.

5. Say No to Needle Work

In some Chinese New Year customs, women are not supposed to do needlework during the New Year’s days, which can be the reason for unnecessary squabbles or conflicts with family members or neighbors. The use of knives and scissors should be avoided because of the accident; moreover, they are the tool to lead to inauspicious things and the depletion of good luck in the coming year. Remember to say ‘NO’ to use the scissors during the first lunar month.
Making shoes is also not allowed since that may bring evil home. 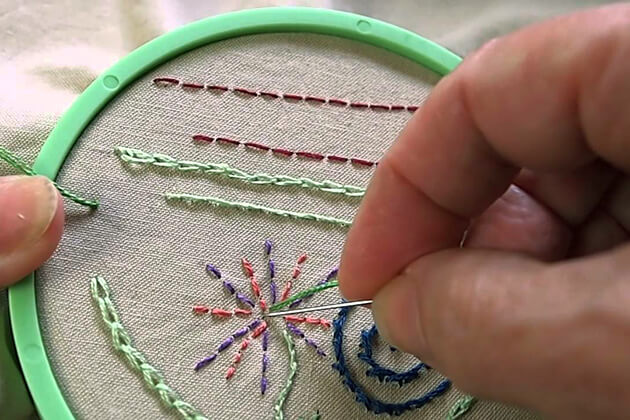 6. Do Not Visit The Wife’s Family

A married daughter should not return to her parents on the very first day of the New Year. This is because there are marriage problems and her visiting may also bring bad luck to the entire family, which can cause economic hardship for the family. As traditions, a married daughter will celebrate Chinese New Year with her in-laws and visit her parents’ house on the second day of Chinese New Year. They come back, they bring their children, as well as a modest gift.

Chinese people expect that all issues should be solved peacefully. If it is possible, try not to cry and fight against each other. The reason why is the cry of a child is believed to forebode disease, misfortune and bring bad luck to the family. Therefore, parents should not punish their kids to keep children away crying during the festival, even if they make mistakes or misbehave.

8. Avoid Breaking Tools or Other Equipment

Breaking tools or other equipment during this period means to break your connection to prosperity and fortune. it associates with a money loss for the coming year or even family split in the future. Thus, businessmen and tradesmen often take great precautions to prevent it.
If shattering is unavoidable, the fragments should be collected and wrapped by a red paper or cloth, and then dumped on the fifth day of the New Year. Plus, remember to say: “Sui Sui Ping An,” which means safety every year. This is because of the same pronunciation between the word Year (Sui) and Broken (Sui) in Chinese characters, so people use the homophones to expel bad luck. After the New Year, people can throw the wrapped up shards into a lake or river. 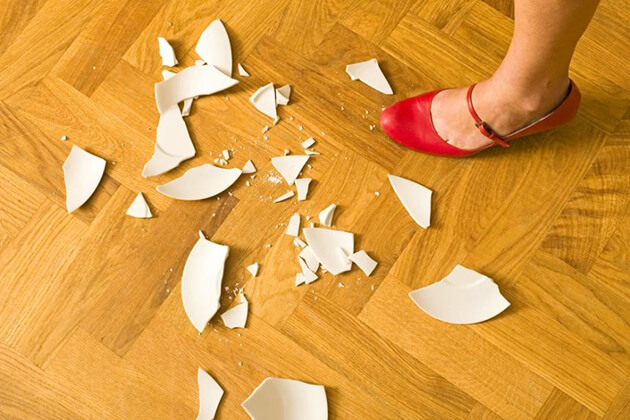 A visit to the hospital during this period is believed to bring illness to the person in question for the duration of the coming year; therefore visits to the hospital are avoided, except in cases of extreme emergency. People should not see the doctor until the Lantern Festival. This is believed a practice of Chinese New Year superstitions, it would better to observe this tradition if you are not badly ill when we stay in China.

Stay alert to avoid being stolen valuable objects by other people, including money from your pocket during the Spring Festival. Take care of your belongings because having pocket picked is believed to portend your whole wealth in the coming year being stolen.

Money is a sensitive issue on the occasion of the New Year. People will avoid borrowing or lending money, and their all debts should be paid by New Year’s Eve. Especially, if someone owes you money, do not go to their home to ask for it. Anyone who does this will get bad luck all year.
Do not demand debt repayment also is a custom that shows the understanding. It is New year’s time and each people know the etiquette to give others chances to celebrate the holiday without worry. All the issues relating to money should be done after the 5th day. 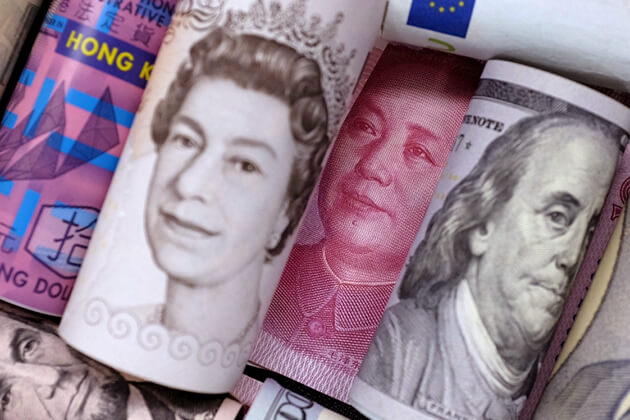 12. Rice Barrel Should Not Be Empty

As Chinese traditions, the rice jar reflects people’s living standards. If it gets empty, the household will have to suffer anxiety and some days or a period of starvation (rice, wealth) in the near future. Therefore, filling the rice jar full before New Year’s Eve, which symbolizes a healthy financial situation.

13. Do Not Say Negative Words

One important thing you should pay attention to is your language. Words with negative connotations should be avoided in daily conversation, such as death, breaking, running out, ghosts, sickness, killing, losing, pain, and poverty. The reason stays behind is that you wouldn’t want to jinx yourself or get those misfortunes for yourselves and your loved ones.
All these words should be replaced by euphemisms during the whole of the Spring Festival.

Killing should be strictly avoided from the 1st to 15th of the Lunar New Year because blood is considered something not good, an ill omen, for example, even misfortunes such as a knife wound, or a bloody disaster. All meat products from chickens, ducks, pigs, and fishes should be well prepared before Chinese New Year or on Chinese New Year’s Eve.

Be careful about bringing gifts when paying visits as some of the gifts represents good luck whereas some of them bring bad luck in Chinese customs.
Clocks, scissors, and pears are examples of the worst gifts. However, this culture of gifting may be various from regions to regions, in other words, they have their own local taboos. For instance, “apple” in Mandarin is a normal apple. But in Shanghainese, it sounds like “passed away from sickness.”
Within the Spring Festival, these cultural rules may seem extreme, especially to foreigners when they add in the cultural norms, customs, and manners. But like a parent would say, they are all for your own good. Above all, these rules have been formed for over thousands of years, they stand for the beliefs, wishes, and worries of the Chinese people. 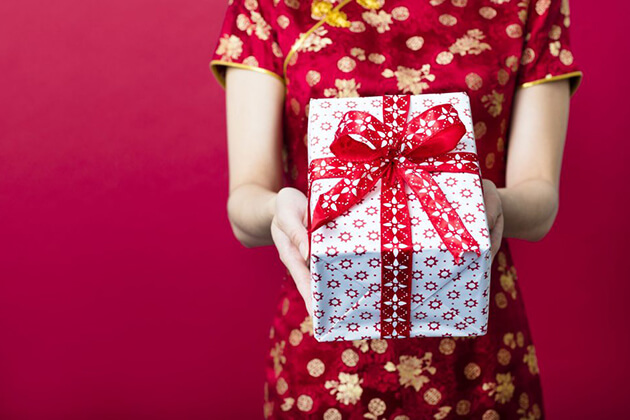