China has got a reputation for its exotic classical music for a thousand years. Thus, traditional musical instruments play significant roles in expanding the popularity of the music industry. These instruments not only help entertain people but also convey cultural value. Furthermore, the Chinese think that music can heal and purify the soul, so instruments are the ones building those meanings and beliefs. There is also a fact that Chinese people follow the concept “unity of man and nature”, hence several Chinese instruments mimic the sounds of humans or nature. Keep reading to explore the unique sounds in this special Eastern culture!

Tour China to see the musical performance or pick a tiny instrument back to your hometown, Why not?

Over 3000 years ago, there were 70 types of musical instruments in ancient China. Each might depict the hierarchy in society between royal families and common people. However, music was no longer dominated by the upper social class, but it gradually turned from solemnity to entertaining. Ancient instruments such as bronze chimes conceded ubiquity for more simple and lively ones like wind and reed instruments. Since then, more and more amazing musical instruments have been introduced and adapted into China. 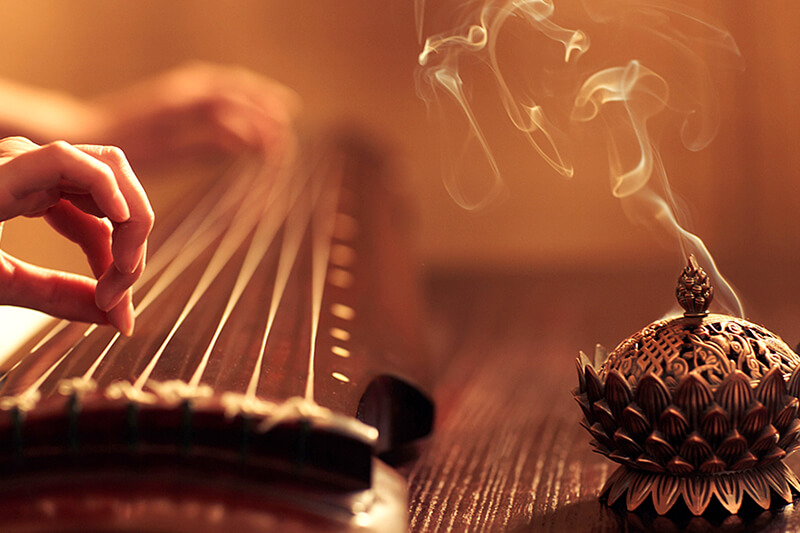 The Most Typical Chinese Musical Instruments

Stringed instruments are considered as the most popular among 3, including erhu, pipa and guzheng.

This is a kind of the two-stringed bowed instrument, with some different names called Huqin, Erxian and Huhu. It can be performed solo or by groups in orchestra. Some people think that Erhu creates a haunting sound and also imitates the human voice. Besides, there is a very famous moving story about the blind artist Liu Yanjun who played this instrument by his heart under the moonlight, then Erhu was named “’Two Springs Reflect the Moon”.

Pipa, also called the Chinese lute, has the history dating back 2000 years ago in the Qin Dynasty (221 BC – 206 BC) and originated in Western or Southern Asia countries. It has a four-stringed lute with 30 frets and a pear-shaped body. This is a favorite instrument of almost all families from upper to lower classes. It is believed that Pipa illustrates battles in wartime and expresses love or sadness as well. In modern life, the Chinese lute is frequently played by female singers, and some modern pipas are steadily developed and improved.

The history of Guzheng (Chinese Zither) traces back 2500 years ago during the Warring States Period (475-221 BC). The initial version was constructed of the bamboo frame and silk strings. Over time, the number of strings increased from 5 to 13, and the frame was replaced by wu-tong or paulownia wood. Guzheng is an instrument that could arouse the senses of nature like a waterfall, thunder, and even the scenic countryside. 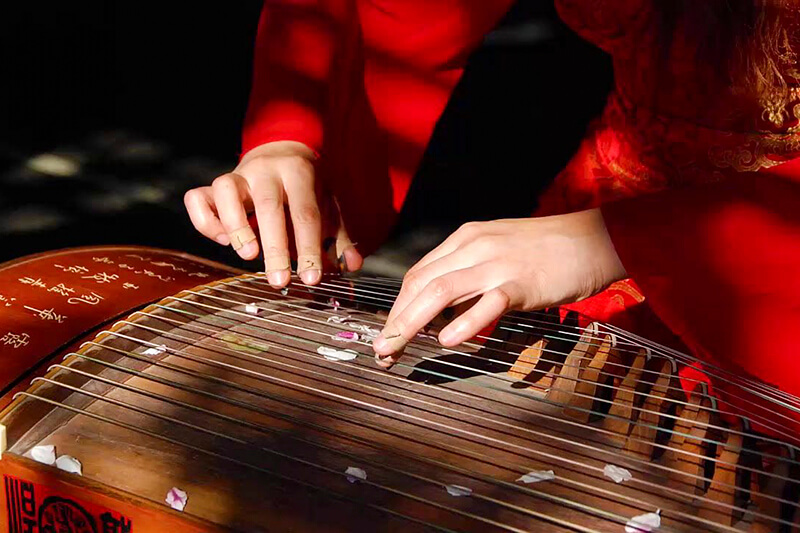 The renown wind musical instruments in China is the flute. They create melodic and high tone tunes which could make anybody feel homesick when enjoying this unique sound. Chinese wind instruments consist of 3 types of flutes:

China is thought to be the ancestor of flutes. The earliest flute was made of bone from Jiahu 8000 years ago. About a thousand years later, bamboo stood a chance and then gradually took place bone as the material of flutes. It is a huge progression because bamboo helps improve sound quality and it is also easily processed. Therefore, bamboo flutes became a dominative instrument, and now Chinese flutes generally are internationally acclaimed all over the world.

Because made of tender wood, the sound of the vertical flute is rather low, and it can express lingering and plaintive emotions. Therefore, it is suitable to perform this kind of classical instrument in solo and ensemble.

This wind musical instrument is very popular in wedding parties in China because it has a joyful and animated melody. Moreover, Suona is served in military and folk rituals also. Whatever it is played for, it still appeals to listeners and attracts a lot of people adoring music. 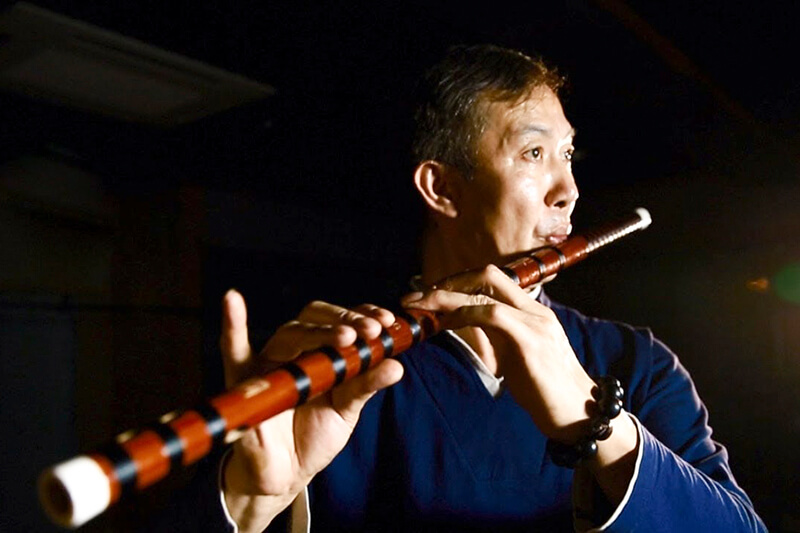 The eloquent, impulsive and bustling sounds of drums, gongs and cymbals are outstanding traits of Chinese percussion instruments. These are distinctive musical instruments that almost no other ones can take place.

Drums are an indispensable part of spiritual aspects in China from past to present. In every event big or small festive holiday, this traditional musical instrument is regularly performed on stage and in the orchestra. On top of that, it is also played to scarify, worship and for farming and wartime in social life.

China has been associated with gongs for many thousands of years. Unlike other percussion instruments, to play gong is rather complicated because of its shapes, makes and names. It is usually made of bronze and has the body like a plate. Specifically, there are two main types of gong: Chao Gongs which resemble the Chinese’s sound, and Wind (Feng) Gongs that are like a rushing wind through the bamboo groves.

Cymbals are popular musical instruments that have two circular discs with red-ribbon handles. People often play diverse cymbals in operas, folk music or parade. Especially, there is a relation between the size of an instrument and the volume of the sound. The bigger the cymbals are, the higher its pitch sounds. 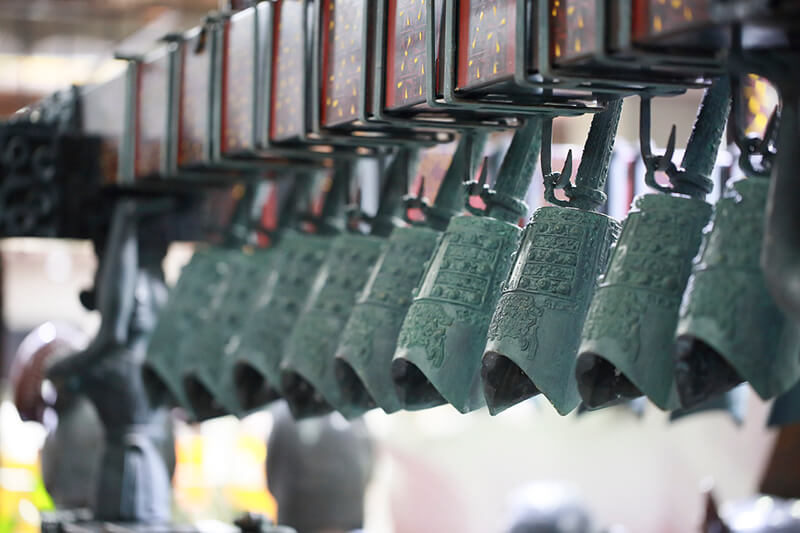