Napoleon once described China as the sleeping giant and warmed “Let her sleep, for when she wakes, she will shake the world.” Apparently, this quote is based on knowledge and learning throughout over 5000-year history of the country and above all, Chinese people who contribute to the greatest part of the world. In a trip to China, apart from the magnificent sceneries and the profound colorful culture, to spend time exploring Chinese people by yourself is fantastic. Yet, before your own exploration, it is useful to look over some information about Chinese people, their characteristics and lifestyle.

There are 56 ethnic groups of people living together in China. Among them, Han Chinese people are the most populous group accounting for over 91% of the nation’s population. The other minorities, despite their small portions, are widely distributed throughout the country and indispensable parts of the Chinese culture.
Certainly, there is no standard mold when discussing whole people of any nation, especially a vast multiracial country like China. Yet, some character traits expressed widely at more extend in China than in others can strongly represent its people’s characteristics. Not every person has these or all of these, but they are common among Chinese people. 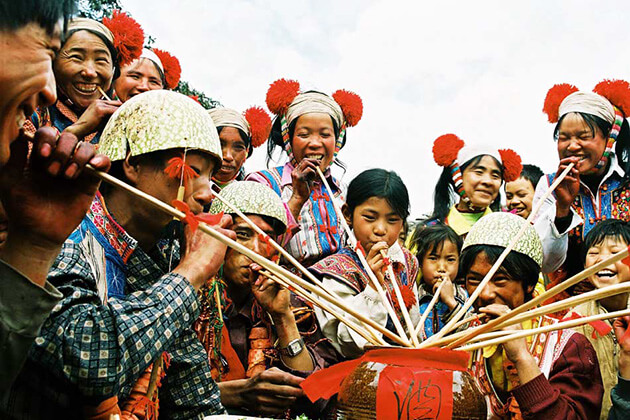 In general, Chinese people are diligent. They work a lot and work hard every day. Students study the whole daytime at school, time after school is spent on homework. In the summer break, they even take part in several tutoring programs and camps to study more. Workers at companies are willing to work overtime up to ten hours a week. Local food sellers you see on the street might work from early morning to late at night without time for resting, and hurriedly eat when there is no customer. It can be explained that in the most populated country in the world, the opportunities seem not to be enough for everyone. The Chinese believe that if they do not do their best, there will always others who can work better and quicker.

Chinese are ambitious and hungry for success. It is not uncommon to hear workers saying or writing the slogans to inspire themselves to achieve success. Like in the American dream, there are many stories of rags-to-rich told in china. They dream the wealth and respect and will try to reach their goals despite the failure. The ambition is the driving force to make them better themselves and then the development of the whole country like today.

In China, modesty is a virtue and considered as a part of the Confucian belief. It is easy to see people from different classes in china expressing modesty in life. Chinese tend not to exaggerate their ability. They often call their own child “my humble child”, their articles “my humble writing”, or their house “my humble house”. When you compliment a Chinese for something he or she is good at, the answer is usually “No, no. I’m not that good.” rather than “Thank you”. Successful Chinese people seldom join interviews and little is known about them.

The Chinese culture always emphasizes the respect toward the elderly. The younger give the seat for the older in the public transports like bus or subways. Moreover, there is an actual law in china for respecting the elderly. Children should give their parents both emotional and financial support. It is illegal that they do not visit their parents regularly. Companies are required to give workers time off to see their parents.

Unlike the westerners who try to get everything clearly, Chinese prefer communicating using symbolic expressions, hints, and allusions. Moreover, they avoid inquiring something directly or making someone yes/no questions which might make someone feel uncomfortable to answer or hurt someone’s feeling. Sometimes, it can be considered as impolite to ask for directions because the person asked might feel embarrassed for not knowing where the place is.

In Chinese culture, the family is the fundamental unit of society. The stability and harmony of families ensure the peace and development of the country. The traditional Chinese family often comes with the image of “four generations under one roof”. These days, due to Western influences, modern families only consist of two generations living together. However, the value of family seems unchanged. The blood relationship is the most important and filial piety is a virtue.

Harmony is at the core of Chinese traditional culture. The idea of harmony with nature suggests human appreciating and protecting nature. In modern life, Chinese relationship with nature permeates many aspects of their life. For example, people try to immerse into nature. They seek to blossoms in spring, greenery in summer, golden view in autumn and the first snow in winter.

China has diverse religions which enrich the Chinese culture. Among them, four main religions dominate in their spirituality, traditions, practices, and influence. They are Buddhism, Taoism, Confucianism, and Christianity. Apart from these, there are traditional folk beliefs followed by an estimated 22 percent of Chinese. They vary from those believing in ancient worship, astrology to Feng Shui theory and Cai Shen. 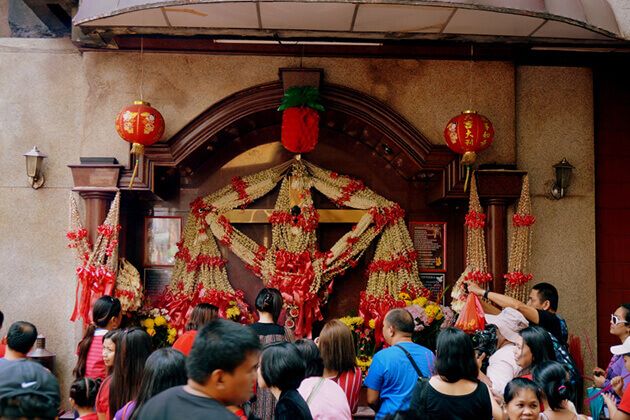